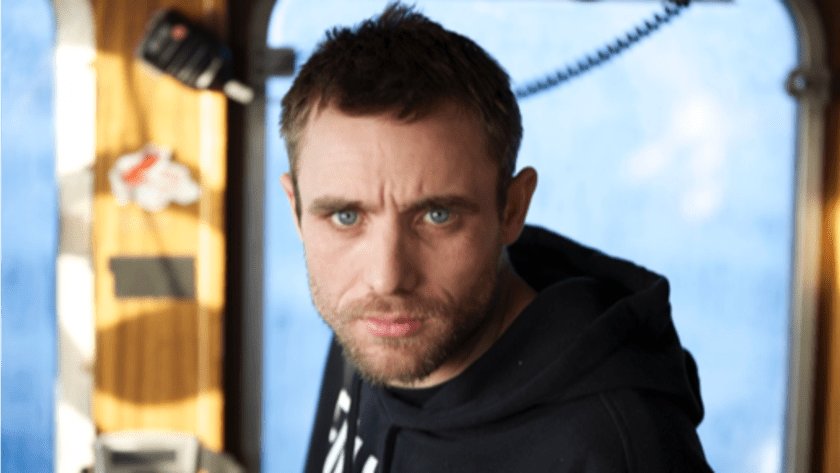 Jake Anderson is a marine captain well versed in fishing. He holds the captain’s license for Master 110ton and USCG mate 1600ton vessels. As a master mariner, Jake is qualified to take a merchant vessel under his authority and is solely responsible for the operation, safety, and navigation of such vessel. Further, he handles daily transactions and legal affairs as well.

Impressed by his work, Discovery Channel invited him to work in a documentary. His life during the Deadliest Catch revolves around catching crabs, referred to as “the-deadliest-profession” by many. Today, we discuss Jake’s Net worth and wife.

Also, find out who his dad is through this article.

Although Jake holds the mariner’s license, the proportion of wealth he accumulates from his tv career and documentary is substantially larger. From the Deadliest Catch documentary, he earned over $200,000 in a year.

Jake’s assets are on an increasing trend as well. His net worth was about $2.5 million in early 2021. However, at the time of writing this article, Jake Anderson has an estimated net worth of $3 million.

Jake Anderson grew up with his family in the town of Anacortes. Although we don’t know about his mother, his father is Keith Arthur Anderson. Keith worked as a high school counselor during his adult life. He left his work as a fisherman and counselor for retirement. In 2010, he went missing from the Sultan area while he was in Washington. Upon investigation, first, the search team found his phone in the periphery of his accommodation place.

A few weeks after his disappearance, they found a truck on a remote road. It was Keith’s truck. But his whereabouts were still unknown, and the search team was still hopeful. About two years later, grievous news reached Jake about his dad’s death. The search team found Keith’s remains, a mile away from his truck. Forensic analysis proved that the remains once belonged to Jake’s dad, confirming Keith’s death.

The legendary mariner Jake is currently married to his wife, Jenna. They first met at a festival when Jake was giving autographs to his fans. After commenting on Jenna for her beauty, Jenna’s nieces came up with a plan. They persuaded Jenna to talk with Jake, they shared numbers, and they were in love in no time.

Jake got married in 2012 and has been living in Seattle, Washington area ever since. He is primarily busy and out on the seas. But when he gets free, he gets back to his wife to spend some quality time together. Jenna is a housewife who loves cooking.

Together, they have two children. His name is Aiden Benn Anderson. He was born in January of 2015, three years after Jake and Jenna’s marriage. Candence is their second son. He was born later in June 2017. They live together as a happy family.

It all began on 16 September 1980 with the birth of the legendary mariner. He was born in Anacortes, Washington DC, where he grew up with his sister and the family. His father was a big inspiration for Jake’s fishing life. Jake liked it and started working as a fisherman when he was 17 years old. Later due to some issues, Jake started drinking. He was an addict for almost two years, but he later quit drinking and went on to life. His father Keith went missing, and his sister died from pneumonia.

In 2012, Jake was upgraded to deck leader. He was later popularized by the fishing documentary named ‘Deadliest Catch.’