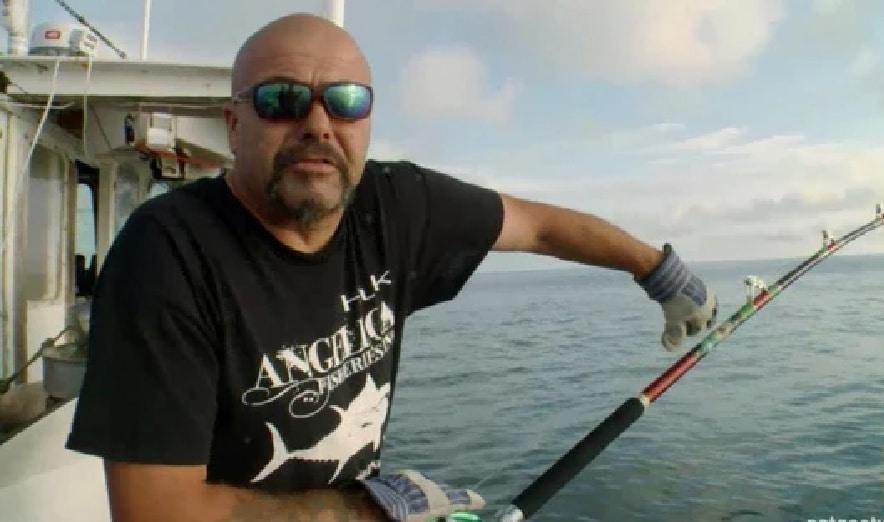 Dave Marciano is an American-based Fisherman and Television celebrity who has. He is the star fisherman of the documentary series ‘Wicked Tuna.’ The show airs on National Geography and emphasizes the fishermen’s real-time challenges while catching a tuna fish. In the show, Dave showcases his talents and skills as a commercial fisherman and captain that he gained from a lifetime of experience. He is also a family having his beloved wife and three children.

In this article, Dave Marciano’s private life, age, and net worth are revealed.

The American national of Caucasian ethnicity was born Beverly, Massachusetts, USA, on December 5, 1965. There are no details available about the star’s parents and siblings.

Dave spent his childhood in Ipswich, Beverly. For schooling, he enrolled in Gloucester High School and passed out in 1984. Dave did not attend any college as he was more into fishing than studying. Although he did not belong to a fisherman family, he would go to the harbor nearby for fishing just out of curiosity. Subsequently, Marciano made fishing his full-time career.

At the start of his career, Dave worked on Yankee Fleet, a fishing boat alongside studying. Later after graduation, he started working on the coast of Massachusetts and became a full-time fisherman. Starting as a deckhand of a boat, Dave progressed subsequently and obtained his driving license. In a span of over four decades, Dave has undoubtedly achieved a lot. Furthermore, he owned his first boat in 1996 and set his foot in the world of commercial fishing.

Moving on to his TV career, National Geography hired him for ‘Wicked Tuna’ in 2012. Dave had years of experience and knowledge related to the sport and thus was selected by the channel. On April 1st, 2012, the show premiered its first episode. Coming to 2021, the show ‘Wicked Tuna’ has already wrapped its 10th season. Moreover, the 11th season is on the line. Currently, Dave is the captain of his new ship, Falcon.

Dave Marciano is married to Nancy Marciano. The couple exchanged vows in 1990 and are into their 31st year of marriage.

Nancy has kept all her details, including birth, parents, siblings, and life before marriage, under the wrap. Also, she is not much active on social media except for her Twitter account @Nancy Marciano, where she keeps tweeting pictures and videos of her family fishing tuna.

Angelica and Joseph both work with their father on his boat and feature on ‘Wicked Tuna.’ Moreover, Joseph is the present captain of Dave’s first boat, ‘Hard Merchandise.

The star fisherman spanned more than four decades of his life working for what he loved most. Dave Marciano achieved success as a fisherman, captain, businessman, and TV artist, and he holds an impressive net worth of $5 million.

The 1965 born reality star Dave Marciano is 56 years as of 2021. Starting as a teenager, he has almost spent his youth working on seas and oceans. He is still active in his profession and operates the fish vessel ‘Falcon.’