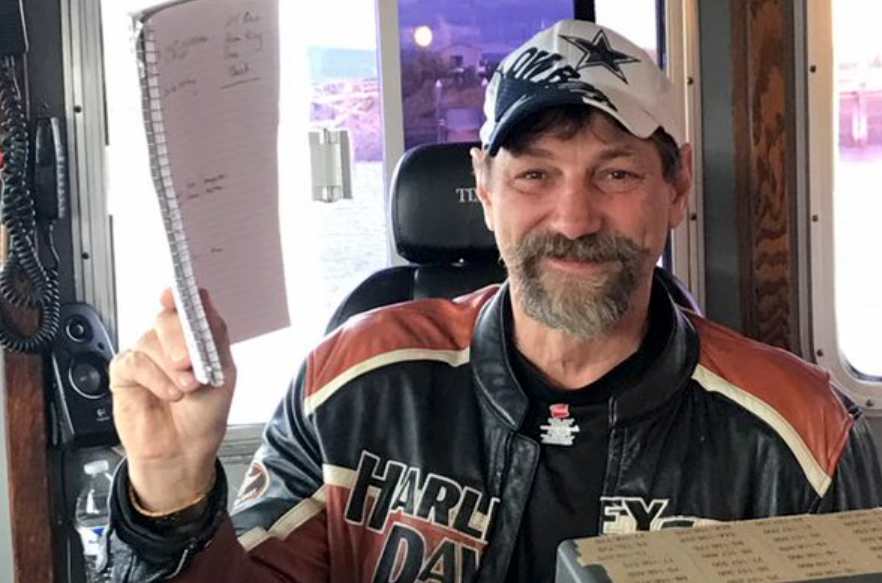 Johnathan Hillstrand is a famous American fisherman, actor, businessman, and TV personality. He has earned global fame with the show ‘Deadliest Cast‘ which broadcasts in over 200 nations worldwide. Moreover, he is the co-owner and captain of the commercial fishing vessel featuring on the show, ‘The Time Bandit.’

Furthermore, Johnathan is an author and has published his work, ‘Time Bandits: Two Brothers,’ in 2008.

In the Wikipedia-type biography, we briefly discuss everything about Johnathan Hillstrand’s life, net worth, marriage, and wife.

Captain Johnathan was born as a second child in a fishermen’s family of Alaska on August 5, 1962. Growing up, he and his four brothers, David, Andy, Michael, and Neal, learned fishing from his father, John Senior. Johnathan is the third-generation fisherman of the Hillstrand family. He also has a stepbrother, Lincoln Brewster, born from his stepmother’s first marriage.

As a child, Johnathan was more into fishing than studying. He started going out with his father from the age of 7. However, he attended schools and graduated in 1980 from Coeur d’Alene School in Idaho.

In regards to his career, Johnathan started as a fisherman from a very young age. Eventually, they owned a fishing boat, ‘The Time Bandit.’ Moreover, he co-owns the fireworks, spirits, entertainment, productions, and gear stone businesses alongside his brother Anderson Hillstrand. Both Hillstrand brothers are the captain of the ship ‘The Time Bandit.’

Moving on to TV shows, Johnathan joined ‘The Deadliest Catch’ on its second. He was the full-time captain of the fishing vessel ‘The Time Bandit’ during the King Crab seasons, while his brother captained the ship for seasons Opilio Crab fishing. The TV star retired from the show after the 13th season. However, he again came back for season 16 and has been prominent since then.

Johnathan has a beautiful wife, Heather Hillstrand. They first met at a church and eventually started dating. The couple performed marriage rituals in Las Vegas on November 4, 2017.

Heather is a beautiful woman born on September 6, 1970, to her parents, David and Mary Ann Weeks. She grew up with her siblings Julie and Marlee. Both her sisters are in a marital relationship. However, Heather’s Sister Julie is gay and happily married to Mary.

Before marrying Johnathan, Heather was married to her first husband and had three kids with him. Likewise, Johnathan was also married previously and had two kids with his first wife. Thus, the couple is altogether the parents of their five children.

After marriage with TV star, Heather also appeared in several episodes of the show ‘The Deadliest Catch.’ She featured in the show for the first time in 2020 and has made three appearances altogether. Heather is very supportive towards her husband and living a blissful married life.

Born in 1962, Johnathan turned 59 in august of 2021. The 59-year-old actor is still active in TV shows and operates his businesses.

The Time Bandit’s Captain and star of the show, ‘The Deadliest Catch,’ did not spend his four decades of fishing career for nothing. As a successful TV star, businessman, fisherman, captain, and author, Johnathan has accumulated wealth amounting to $3 million approximately.

We hope you all enjoyed reading Johnathan Hillstrand’s Wikipedia-based biography.