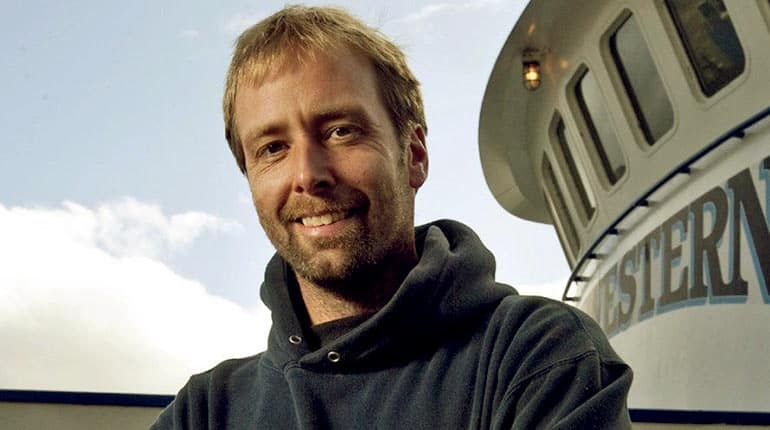 ‘Deadliest Catch‘ is one of Discovery Channel’s longest-running successful documentary series. The show aired in 2005 and has completed its 17th season coming to 2021. The show centers around the life of fishermen on fish vessels and emphasizes the dangers they face during crab fishing.

Edgar Hansen was one of the fishermen on ‘Deadliest Catch’ and better known to viewers as the brother of Captain Sig Hansen. But suddenly, he stopped appearing on the show after season 14. So, why did Edgar leave the show mid-season? What actually happened to Edgar? In the topics to follow, we answer these questions and briefly discuss Edgar’s biography.

Who is Edgar Hansen?

Edgar Hansen is the younger brother of popular TV star Sig Hansen. Born in Seattle on January 14, 1971, he started his career as a fisherman at 18 years. Edgar has been a part of the show since 2005, starting as a deckhand. He always worked hard on the ship and left no place for complaints.

Subsequently, Hansen worked his way up and served the boat as deck boss, ship engineer, and relief skipper. Moreover, he also replaced his brother Sig Hansen as Captain of the fish vessel in 2016.

Speaking of his personal life, Edgar has been married to Louise Hansen for over 28 years now. He is the father of three children and enjoys his life on and off the deck with his family.

During season 14 of Deadliest Catch, in 2018, Edgar Hansen faced charges for sexually assaulting a 16-year-old girl in September. The underaged victim told this to her therapist and did not want to reveal her identity.

Following the charge, the Washington state court sentenced him to one year time in jail. However, Edgar pleaded guilty in court and avoided a jail sentence. He was referred to sexual deviancy treatment and paid court costs of $1,653.

After the incident, Edgar did not appear on any following episodes of the show. Thus, to lead the family business, Sig Hansen is training his daughter, Edgar’s niece, Mandy Hansen, as the boat captain.

Is Edgar Hansen still on the show?

Following the court charges, Edgar does not appear anymore on the show ‘The Deadliest Catch.’ The Discovery Channel and Sig did not feel it right to bring him back on the broadcast. However, according to a widespread rumor, Edgar still works at Northwestern. He just does not appear on the show.

As hard-working and entertaining as he was, Edgar has made a good number of fans among the viewers. Many have shown concern about him on Sig’s and Mandy’s social media handle and asked if he will ever return to the show. But none have replied to the query making it clear that he won’t appear on the show anytime soon.

Edgar is not active on social media. Thus, we are unable to find his whereabouts as of 2021.